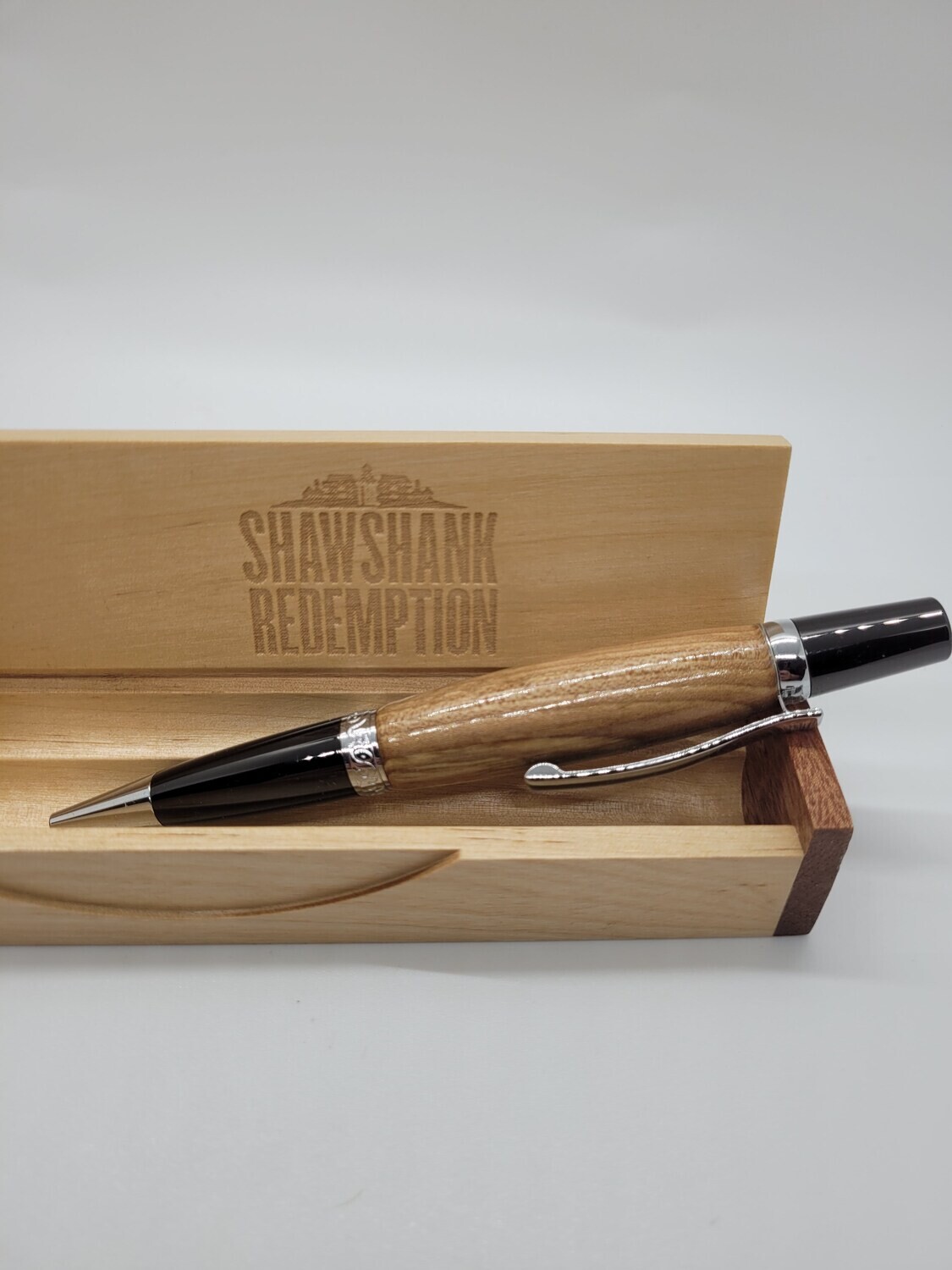 The Shawshank tree was a white oak located near Malabar Farm State Park, in Ohio, that was featured in the 1994 motion picture The Shawshank Redemption. Though the film is set in Maine, much of the filming took place in Ohio and nearby locations. The oak appears near the end of The Shawshank Redemption when Red (played by Morgan Freeman) follows clues left by Andy Dufresne (played by Tim Robbins) to its location. It played a central role in the film's plot and was one of the most popular tourist sites connected to it. The tree was split by lightning on July 29, 2011, and was eventually knocked down by strong winds sometime around July 22, 2016. On July 29, 2011, half of the tree fell after being hit by lightning due to trunk rot from ants. They then sold parts of the wood to craftsmen like ourselves with an authenticity card for making in to usable memorabilia.

This pen is uses a Parker refill that can be purchased through Staples, Office Max, or Amazon. The ink included in this pen is a Black ink. It comes in this engraved wooded case.

Save this product for later
Display prices in: USD